The Libertines’ Sharabang takeover at Wheels and Fins.

Sunday 9th September saw mid-00s indie icons The Libertines, takeover Wheels and Fins festival and curate their own incredible line-up under the name of ‘Sharabang’, which boasted the likes of Reverend and The Makers, Echo & The Bunnymen and Cabbage. The band also invited the wonderful poet, Luke Wright (Poet Laureate, Frankie Vah) to compere on the main stage throughout the day. The newest Margate residents also had their heart set on giving back into their new-found community, teaming up with local charities The Aspirations Healthy Living Centre and Ramsgate’s Pie Factory Music. Wheels and Fins are now in their sixth year and are growing remarkably every time.

The day kicked off with local lads, Solar Nineties, over at the legendary Tim Burgess’ Tim Peaks Diner stage – playing their BBC Introducing recognised tracks such as ‘If Looks Could Kill’ and ‘Friend of a Friend’ and their most recent single, ‘Seen It All Before’, all of which have been recorded with Seaside Sessions. Unfortunately, due to a tight schedule and a delayed start, the set got cut short and this seemed to be an issue throughout the day amongst a majority of artists including main stage’s Mic Righteous.

Mic Righteous was one of the acts I watched on the main stage – another talented act from the local area. An energetic and passionate performance and a Nirvana cover to boot, which was an interesting one to say the least! Other acts on the main stage included Manchester five-piece Cabbage, who describe themselves as “an idiosyncratic, satirical attack in the form of discordant neo post-punk”. Alongside the incredible Reverend and The Makers and the infamous Echo & The Bunnymen.

The dance tent gave us some awesome acts like Danny Allen, Nick C and Jess Bays who offer a “unique chunky house vibe with a fresh old school twist”. Example and DJ Wire headlined the dance stage – the festival offered something for everyone.

Back over to the Tim Peaks Diner stage – and throughout the day we were treated to other new and emerging bands such as Average Sex, Deja Vega and Trampolene. Crowds increased as we neared closer to the headline act on the main stage.

Sharabang offered us various delights over the course of the day – from Sharabang printed scarves given out by the swarm of red coats, trademark tattoos to become part of the Libertine clan, to a personalised (although unsurprisingly explicit) Punch and Judy show. However, nothing compares to seeing the Likely Lads themselves taking to the stage.

The indie legends opened with Horrorshow into The Delaney, with those classic jangly riffs that we all know and love. Other songs included What Katie Did and Can’t Stand Me Now, complete with cheeky banter inbetween tracks, mostly about Peter demolishing the Dalby Café breakfast which became quite a popular news story… They finished up with Don’t Look Back Into The Sun which bellowed over Joss Bay as an encore. This set will be their last for a while, but they won’t be far from us as they plan to open their hotel/bar/studio, The Albion Rooms, in the near future.

We’re grateful for The Libertines along with the people involved with Wheels and Fins for bringing such incredible acts to play in our small area of the country. Wheels and Fins ended on a huge high and we can only wish that next year’s will bigger and better. 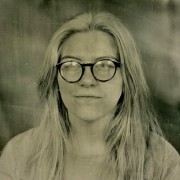