Their stage presence alone grabbed the audience’s ears and pulled their faces towards the stage. Lauren’s opening vocals transmitted to the awaiting audience that this IS going to be something AWESOME and the audience really were not disappointed, they and I were transfixed!
As an experienced band Flawless Carbon has, stage presence, charisma, good songs, great riffs, and quality tunes crafted from the collaborative writing ethos, kudos to Rob for playing out of his skin!

Many up and coming bands have some of these elements, however F.C use them as part of their set delivery.
To me, this former 5 piece blues/rock outfit have evolved into a 4 piece hard rock outfit. Their high-energy sounds of modern hard rock goodness fringed with just a hint of their blues background and an element of metal!

It was a pleasure to see the band miked up as the additional vocals from Katie on the bass adding another rich seam of vocal presence. Flawless Carbon delivered a set list that was packed with familiar tunes from their previous E.P’s and also threw a cover of Blondie’s ‘Call me’. All the tunes dropped in their set list did not fail to hit their target with the audience and those feel good endorphins were released.

Please take your time to catch this band, but don’t take too long as your missing out on something special! 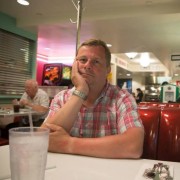