Settle in for this one folks – it’s a ripper! We’re delighted to have had a chat with Steve ‘Boltz’ Bolton for your listening pleasure and we’re certain you’ll be thoroughly entertained with his tales.

It’s not often (in fact it’s never happened) that we’ll interview someone with their own Wikipedia page and it’s even rarer that we’ll be having a chat with someone that’s played to over 100,000 people live on stage.

Steve currently heads up the magnificent Dead Man’s Corner, who recently appeared in session – a band which has been gaining plenty of plaudits on the indie music scene locally. They’re definitely not to be missed if you ever get a chance to see them live.

Jump in for stories of Atomic Rooster, The Who, Paul Young and plenty more. Steve’s career is truly remarkable!

For all the info on the band, get on their website at deadmanscorner.net. 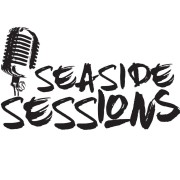